Is PUBG a chinese game?? Let's find out

PUBG chinese game or not..

Majority of us play PUBG(Player Unknown Battle Ground) game. So we can see TENCET branding while opening the app, now lets check the fact is PUBG a china game.. 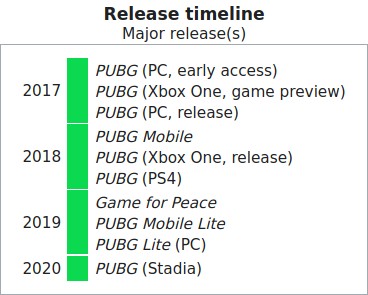 PUBG was banned in China in 2017(as it has violence, so their government banned). This instigated Tencent Games, the video game publishing unit of Tencent Hodings, a Chinese company to secure the rights of distribution in China. It also planned on developing a mobile version of the game, and PUBG Mobile came into existence.

Now, this is where it gets tricky. Until then, PUBG was a video game. It was Tencent Games who made a mobile version of PUBG and released it in China. This is the reason why you can see the Tencent Games logo as soon as you open the game, followed by PUBG Corporation.

#Game #pubg
Why don't you read something next? Facebook launches Avatars and here is how to make yours